We transformed more than 1,400 New Yorkers into superheroes that could fly, throw light balls, and enjoy other superpowers in real time.

WHY With sponsorship from AT&T, Wildbytes developed a new version of Superhero for the Dumbo Arts Festival in New York, as its signature artwork. Superhero was lauded at one of the city’s most innovative and technological festivals, one that attracts more than 225,000 visitors every year.

WHAT Have you ever dreamed of flying? Superhero proved that with the right amount of technology, creativity, and enthusiasm, dreams can come true. During three days, more than 1,400 people interacted with Superhero’s stage, where they lived the experience of becoming superheroes and flying over the façade of Brooklyn’s Empire Stores.

Superhero is an outdoors Kinect-controlled architectural projection that uses building facades as canvases to unfold an immersive reality that is augmented with superpowers, special effects generated in real time and surrounding cinematic sounds. When participants step into the stage, the Kinect cameras map the person’s body in 3D while our custom gesture-detection software translates their movements into a magical reality that evolves before them, all merged with 3D visual content that outlines and transforms the architecture. The live video image of the person is projected in real time onto the building façade, where she is invited to use her body gestures to obtain an array of superpowers to throw energy balls, become huge or tiny, move faster than light, paint the façade with her trace, and, of course endlessly fly. 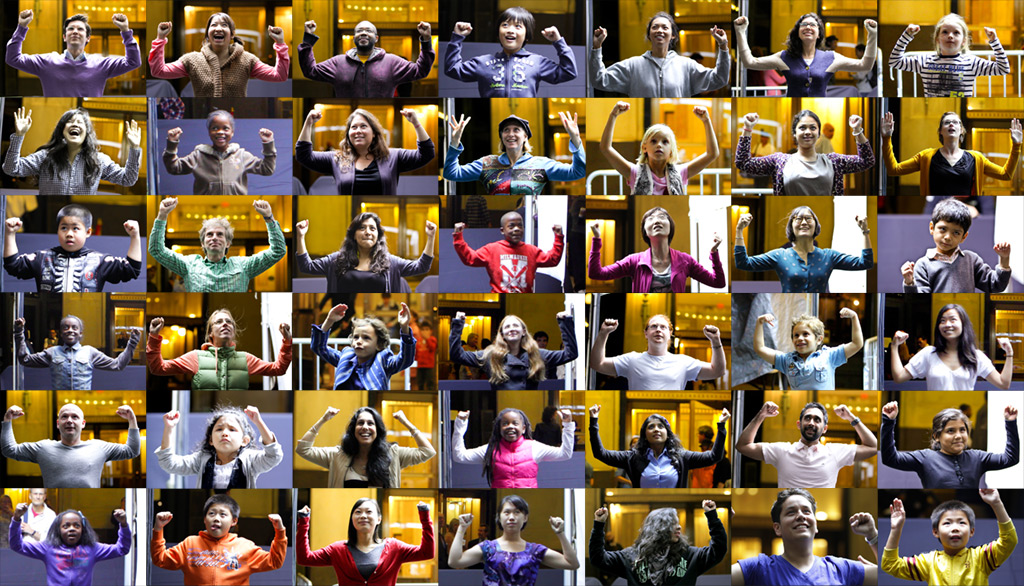 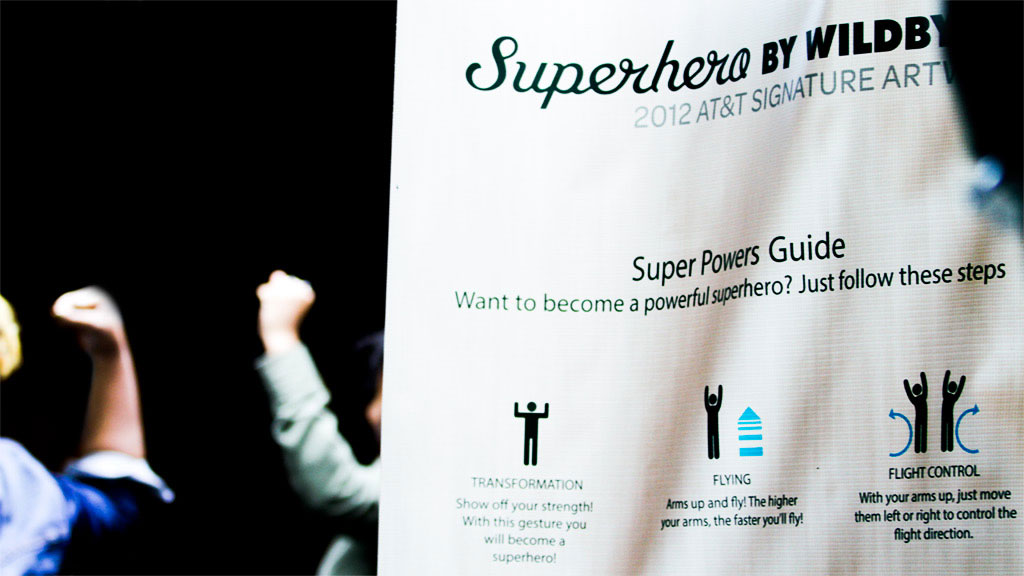 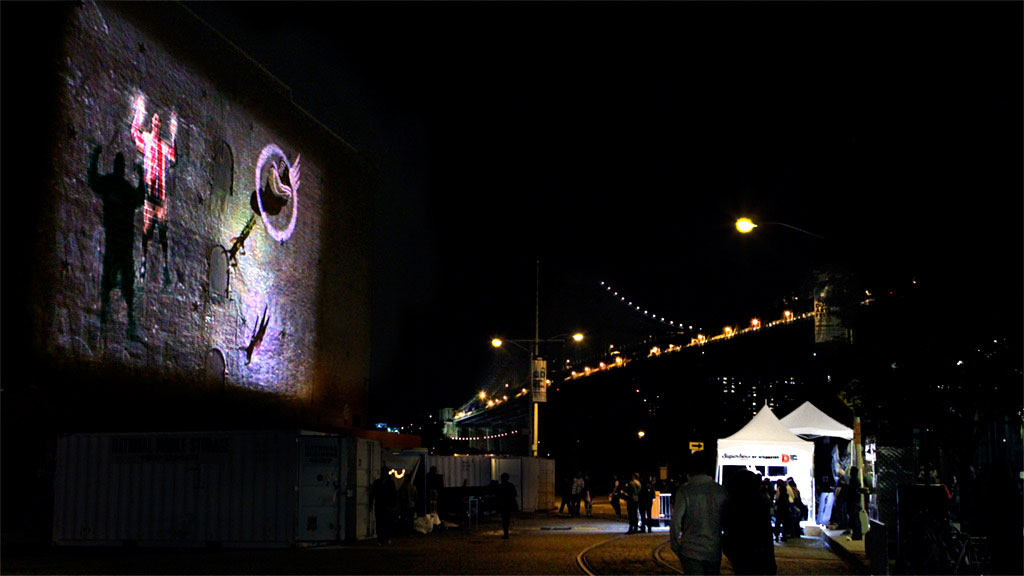 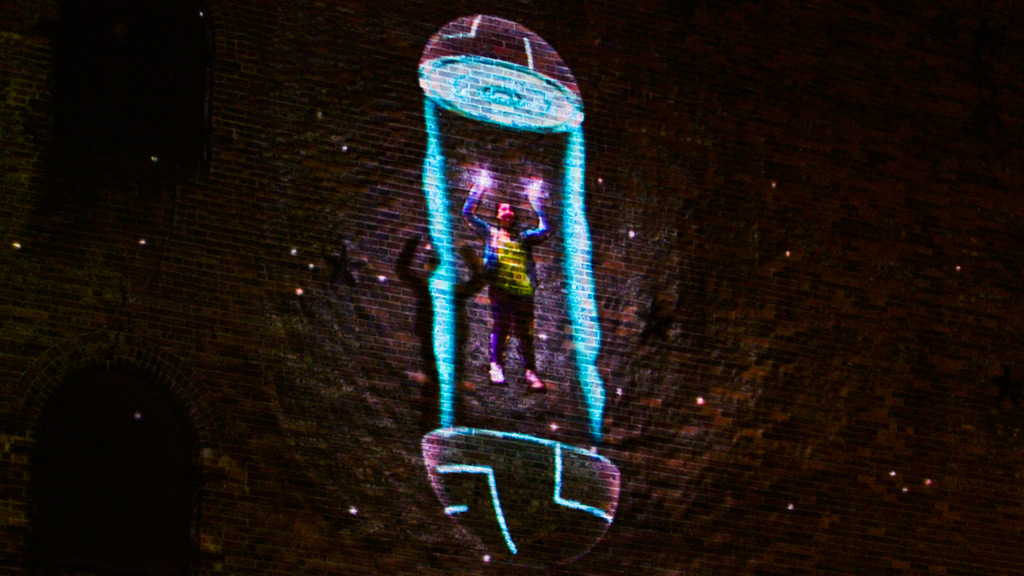 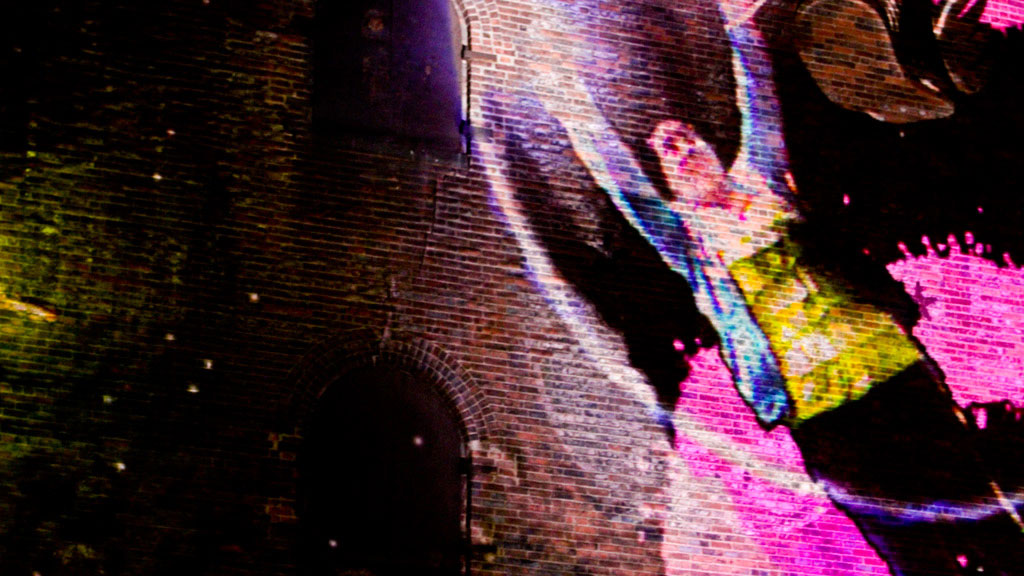 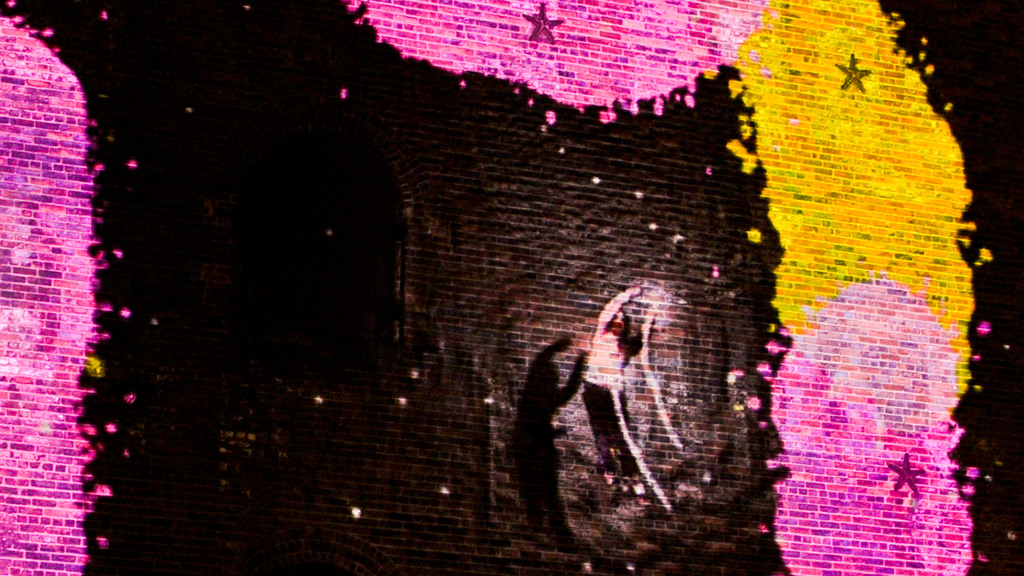 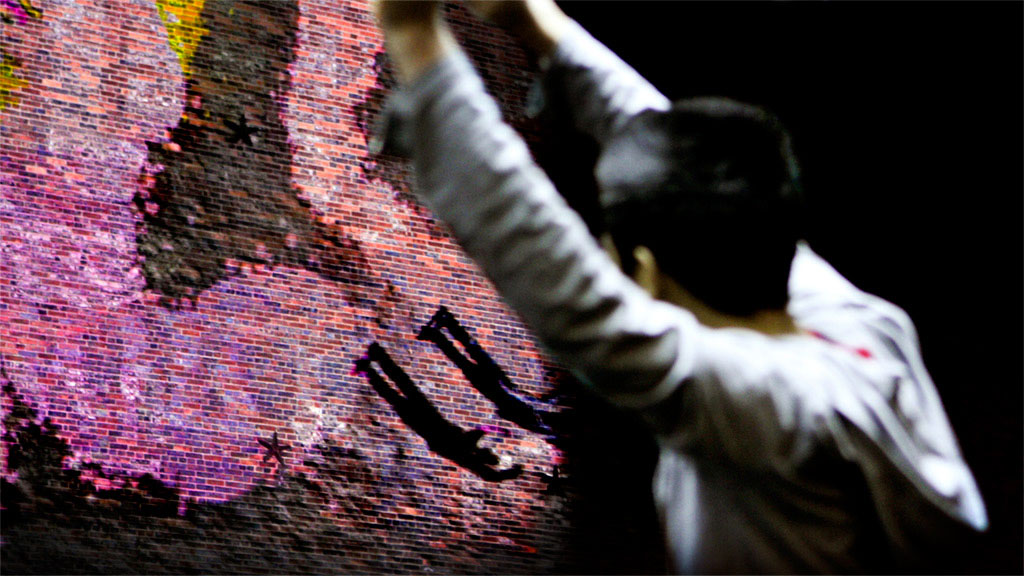 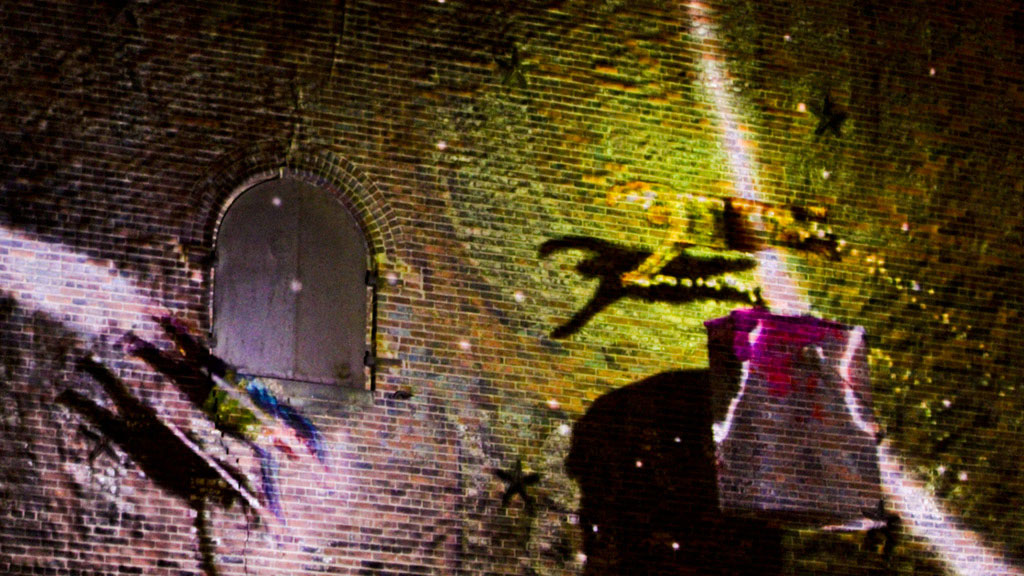 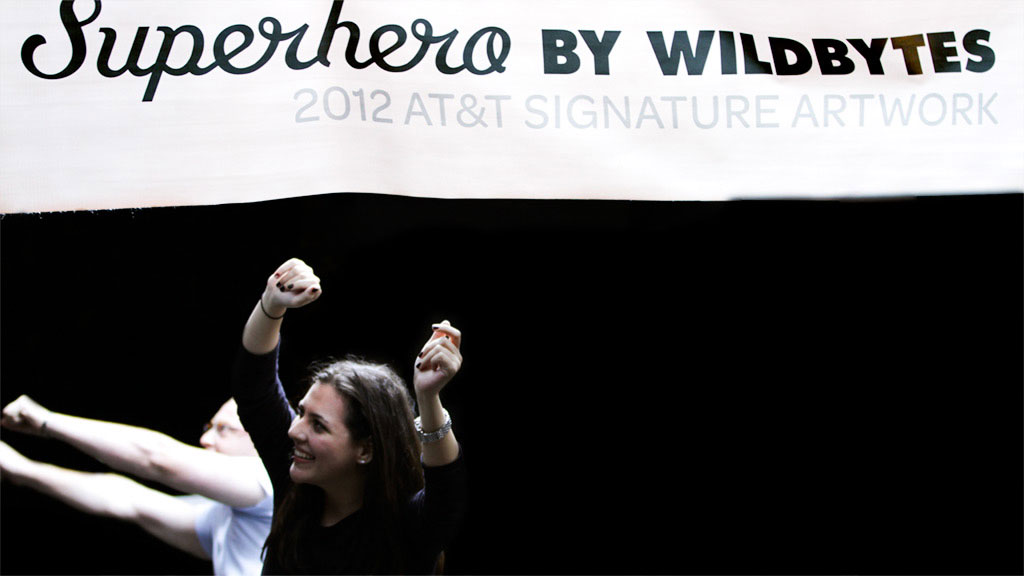